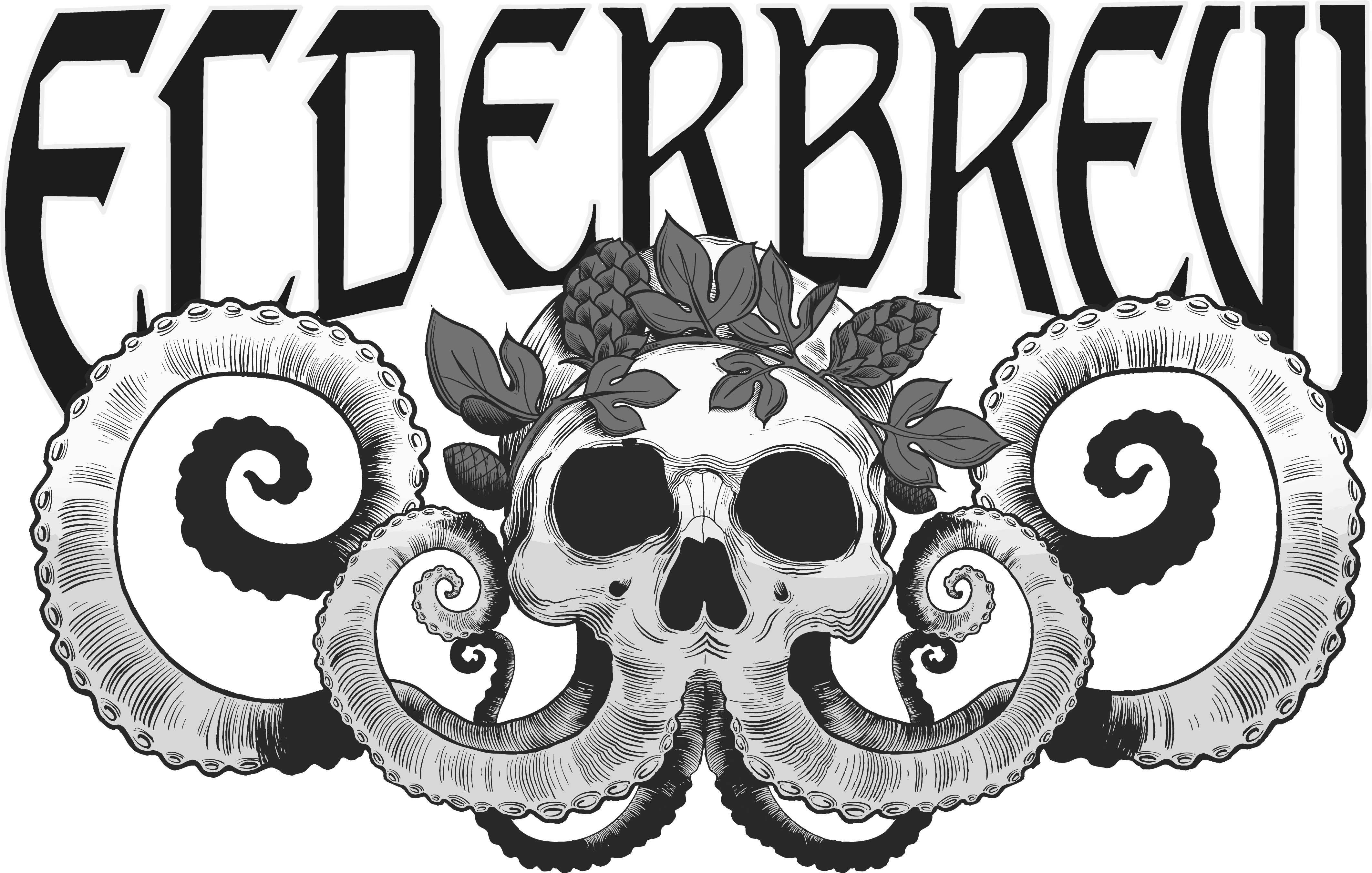 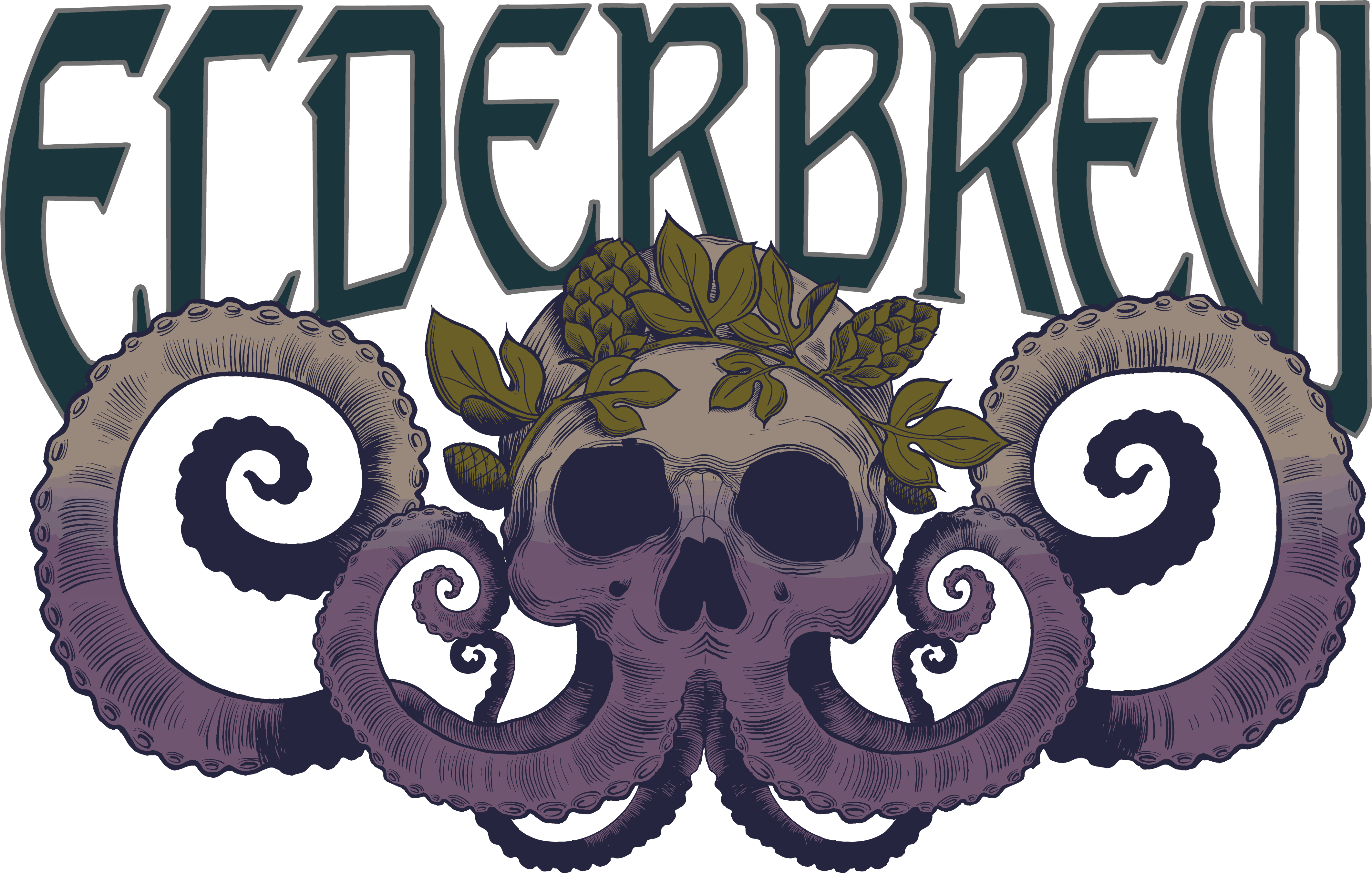 We pride ourself on quality, craftsmanship, and creativity. For that reason, Elderbrew is a small batch brewery, brewing only one barrel at a time (31 gallons). Our beer is only available at our taproom. That gives us the opportunity to focus entirely on brewing consistently amazing beer.

Black Lodge is the Elderbrew flagship beer. A big, bold, bitter Imperial porter, black as midnight on a moonless night. Strongly roasty, but surprisingly smooth, it's an easy drinker even in the dead of summer.

We took a pale ale grain bill, made it totally black with debittered chocolate wheat malt, threw in a ton of Cascade and Centennial, and called it Take the Black. For an additional unique bitter note, we also add a touch of wormwood, the very same herb used in absinthe. Take the Black is brewed especially for lovers of a bitter beer.

Inspired by the flavor profile of pad thai, we created the now-infamous Thai Fighter-- a pale-ale base with Motueka and Pacific Jade, with toasted coconut, peanut flour, and locally-grown Thai chilies in secondary. It's a fiery beverage unlike any you've had before.

The historical English dark mild was nearly extinct by the middle of the 20th century. In recent years, however, there has been a revival of what has been described as the original session beer. Focusing totally on the grain, this ale has almost no hop aroma, and is served fresh, with low carbonation. Expect to find a surprisingly malty beer for its strength, with a slightly fruity finish thanks to the English ale yeast.

The Owls Are Not What They Seem - Brett Saison

We are delighted to present our first collaboration ever, with the inimitable Depot Street Brewing. Owls is a farmhouse Brett saison with complexity stacked in every corner. Tart, malty, even a little hoppy for its style, spicy, estery. At 6.6%, you can (and will) drink the whole 750ml bottle on your own! Each bottle was hand corked and caged by your ol' pals at Elderbrew and Depot Street. Available for $12 per bottle, or for a limited time, you can get our custom and highly limited glassware and a bottle for $20! Don't wait. Neither the glasses nor the beer will last long!